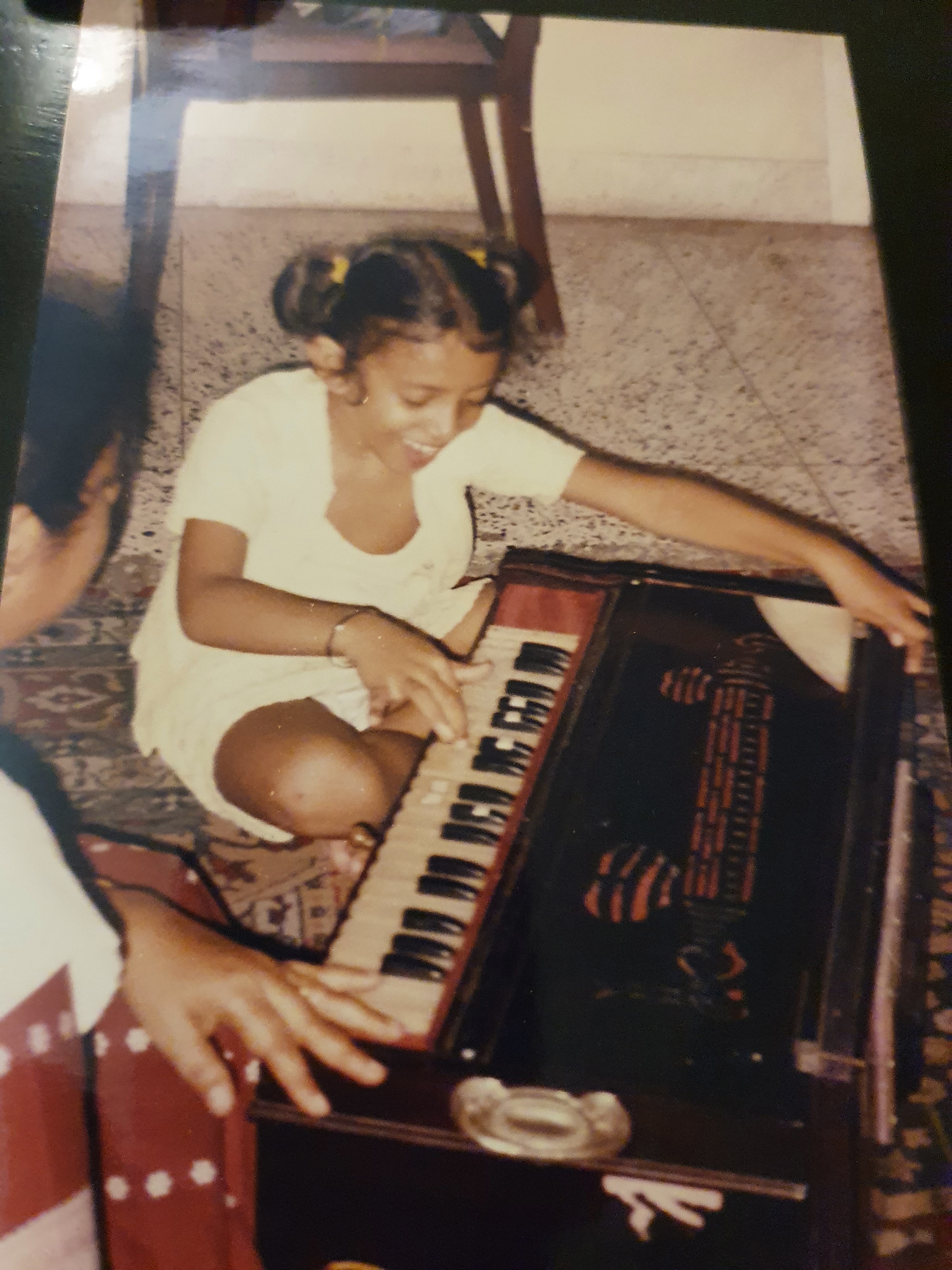 When my children where very young we were living in Kolkata with my parents for a few years. I was keen that they got to know their grandparents and learned Bangla.

My mother soon started their introduction to music, especially Rabindra  Sangeet, like all good bong kids.

This actually helped my younger daughter who went on to win many accolades as a western classical singer and later as a rock musician, and currently composes and performs her own indie music.

She also was the youngest performer in the para pujo and Rabindra Jayanti,  at four years, where she was hardly visible behind her harmonium.

As she couldn’t really read then, and knew very little bangla, she learned by wrote, phonetically, as the words were incomprehensible to her, and she tried to make some sense of what she was singing.

Recently she shared some of her thoughts about those songs and had us all in splits. But it made some strange kind of sense.

I will try to describe one such song with her interpretation. It was one of my mothers favourites, “ jini shokol kajer kaji” which is talking about God.

Jini, a young girl is working hard all sokal, or morning, like our maid

Her nanaji or grandpa is a naughty colourful disreputable fellow

We’re party to his pranks

Another relative who’s loud and annoying

On her birthday she met mili at the mela

Every one is sad, no idea why

A thorn in the foot was the reason for the sadness.

This is what she remembered today after two decades.

Makes a weird kind of sense, doesn’t it?