There is a mythical land in Indian legends where beautiful celestial creatures who are exquisite musicians and dancers called Kinnaurs and Kinnauris live, somewhere in the Himalayas, near the abode of the Gods.

These legends were no doubt born from travelers’ tales from explorers of the remote Himalayan region adjacent to the Tibetan plateau, currently called Kinnaur, a district in Himachal Pradesh.

Having come across many references to this unearthly place in our classical literature, when we heard of a trekking expedition to this area asking for volunteers, me and my wife immediately applied, and went through the required interview, medical tests and police verification required, as this was then a part of the inner line, on the disputed border with China, and tourists were not allowed in. There were no roads, and it was almost inaccessible in the eighties, which added to the charm.

On the lone daily bus that went to Sarahan, our base camp, we met our fellow team mates, the majority of whom we found out to be fellow Bengalis from their unique Hindi accents. My wife was immediately inducted as a honorary Bengali and the default mode of communication became Bengali, as it inevitably happens wherever bongs congregate.

The real trek started from Karcham, and we were in the wild, scarcely populated mountains, climbing up goat trails and camping by the mountain streams.

In our first camp we understood what gave birth to the legends of these astral beings. A group of villagers, hearing rumours of strangers in their midst, came exploring, bearing food drinks flute and drums and despite the language barrier treated us like honoured guests or long lost friends. Bonfires were set up, music started, and we were all pulled into a conga line of slowly weaving folk dances, sensuous and magical in the firelight, under the twinkling stars, the distant roar of the river and the dark looming mountains ahead.

It was definitely a dreamlike scene. The men were handsome, the women bewitchingly pretty, the clothes colourful, the music haunting, the atmosphere intoxicating, all the more for having imbibed in liberal quantities the nectar of the gods; the apple, apricot and grape liquor called Ghanti.

They left with lighted torches later in the evening, leaving us ample stocks of apples, apricots, bits of dried game meat and ghanti. Next day we trekked on with the ghanti replacing the water in our backpacks.

This scene was repeated at every camp till we crossed the treeline, and even then some villagers climbed up with us just for the company, singing playing their instruments and plying us with goodies.

One incident was a little unpleasant but funny. Misinterpreting the friendliness of the ladies as an invitation, a few boorish men decided to visit a village at night, as the pretty ladies had extended the invitation to us all to drop in for ghanti or a meal anytime. Many of the men worked in the cities or on road works, and the ladies managed the farms orchards and livestock. But as they tried to act fresh, they were promptly thrown out and chased back to camp by the ferocious Tibetan mastiffs that guarded the villages. 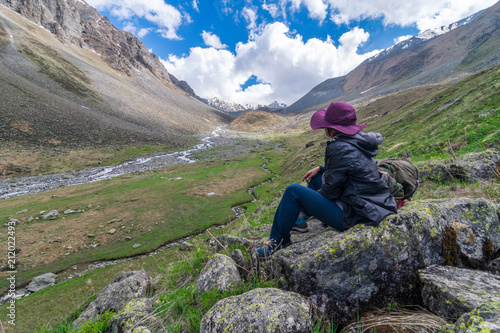 Having crossed the Kinnaur Kailash pass without mishap, we came down to pleasanter climes and our last camp was at Kalpa, from where the road was a short walk away and a bus would be available next day to take us back to Sarahan and onwards to Shimla. We were in a relaxed mood. It was to be a full moon night.

We were visited by a delegation from a nearby village with a different sort of invitation. The village had a fair on the full moon with all night celebrations of music dancing food and drink and we were to be the honoured guests. All the villages in the area would attend 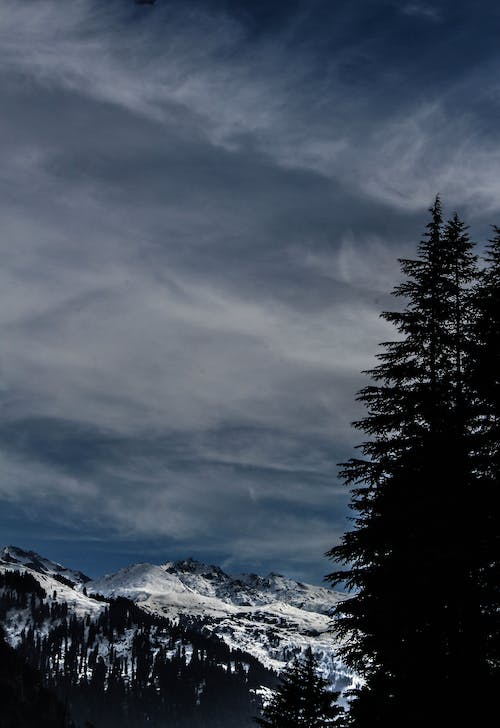 We were really excited at the prospect of seeing this rarely witnessed festival which is the stuff of myths and legends. Accordingly we were escorted to the village where a huge welcome awaited us. One lady had a delicacy in her home which was very scarce in those areas; tea. The ladies in our group made a beeline for that home. The menfolk drowned us in Ghanti and they themselves, irrespective of age or gender were pickled in it, giving the music and dance additional vivacity.

This was truly something from mythology; moonlit night, snow peaks glittering on the horizon, eerie music, enchanted beings swaying to the music and drawing us into their rhythms. 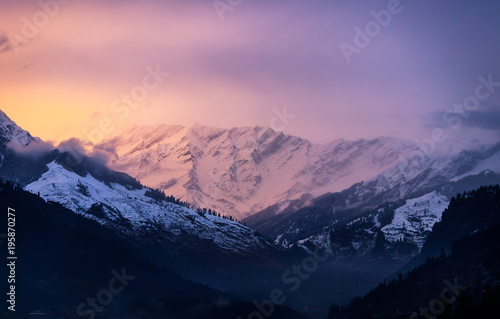 As dawn approached, none of us were in a position to walk back to camp down those mountain trails. So we were practically carried down in procession by the singing Kinnars and Kinnaris, holding lighted torches and playing their instruments, but the songs they were singing were not their haunting folk melodies, but bawdy Bengali songs that we had taught the whole village that night.

So if an intrepid traveler today finds that the green hills of Kinnaur come alive not to the sound of celestial music of our folklore, but bawdy Bengali ballads sung to the folk tunes of a distant humid land, do not think that the heavens have been overrun by the denizens of Patalpuri, but blame it on Ghanti