During our University days, the cheapest tipple that gave a kick for the buck and was relatively safe, was a whitish smelly concoction called Chang, brewed by the Tibetan refugees living in a shanty town by the Yamuna, in an area ironically named Majnu ka tila.

At the affordable price of two rupees for a plastic jug full, which held eight helpings, it was enough to keep two young men in high spirits. It was served in a dirty shack, peopled by labourers, rickshaw pullers, hawkers, petty criminals, and students; the general underbelly of society.

This was actually rice beer, which is mildly alcoholic, and is the staple household drink in Nepal and most of our hill states, and an essential part of hill life, taken by all, and even used as offerings at monasteries. But the brew served at the Tibetan dhabas, or Tibdhabs as we called it, was more potent stuff, adulterated with cheap moonshine I guess.

Majnu ka tila has undergone a sea change these days, and the shanty town has transformed into a upmarket backpackers haven, serving global cuisine, much like Thamiel of Katmandu or similar hippy towns in Leh, Goa, Hampi or Gokarna. There are Korean, Lebanese, Italian, and even Tibetan restaurants here, and you can order Sezu, Craft beer or Australian wine but not Chang any more. For that we have to travel to the hills.

However, in the higher altitudes, among the Sherpas, the Bhutias, the Lepchas and the Bhots, in places like upper Nepal, North Sikkim, Bhutan, where the terrain and climate does not support rice cultivation, another really exotic spirit cheers and warms the population.  This too is called Chang, but there the similarity ends. My story is about this Chang, a true spirit for the roof of the world. 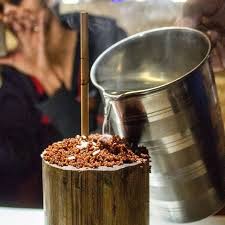 My first encounter with this brew was in Yuktham, in North Sikkim. Those days North Sikkim did not have hotels or resorts, and we were staying in a homestay, long before airbnb made it a household word. Basically villagers let tourists stay in their huts and eat in their kitchen. It was a wonderful experience, sharing the lives of these remote hill tribes, eating their food along with them in their kitchen, crowded around a roaring fire while it snowed outside. 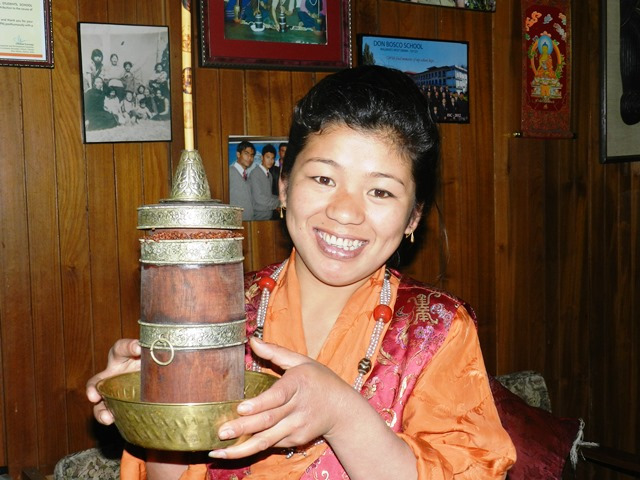 There was a single very hazardous road linking North Sikkim to the rest of the country, and it was advised that we have a tribal guide or driver, as the Nepalese from Sikkim were very unwelcome by the original population, now relegated to North district, and they resented their loss of Kingdom and merger with India. We accordingly hired a Lepcha driver, and my attempts to learn his language quickly won the affections of this simple hills man. 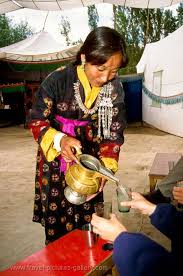 That evening, after a hair raising and unbelievably picturesque drive, he dropped us off at our host’s cottage, and invited me to join him in the village pub to meet his friends. I happily agreed.

We walked straight into what looked like a scene from an Indiana Jones film. A low dark stone hut lit by smokey oil lamps, where the guests were seated on the floor on thick Yak skins, with a wooden slab in the center acting as a communal table. A plump lady in exotic traditional robes was serving, and a fire in a stone hearth on which a battered samovar was steaming was making the place cosy.

When I followed the drivers lead and ordered a Chang, he was extremely happy. Apparently tourists ordered the army rum or whiskey there on the rare occasions that they visited, and not the local beverage. 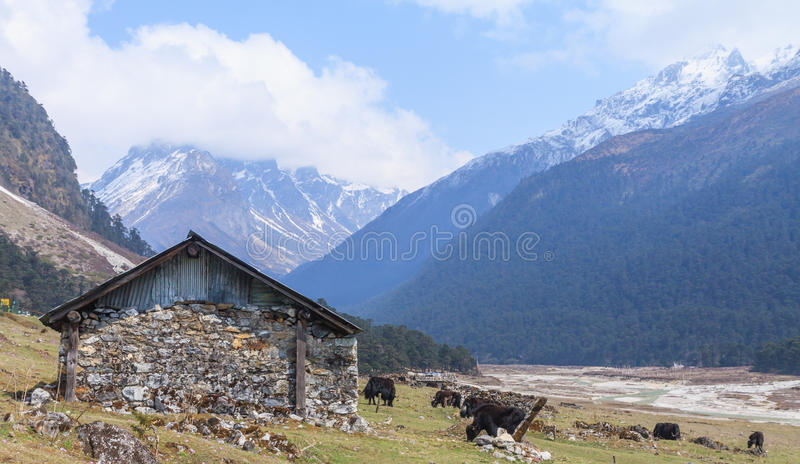 A large hollow bamboo, filled with some brown grains, which I learnt was fermented Maize, was put before us. The samovar was brought over, and our beaming hostess poured boiling water into the heap. A thin hollow bamboo was provided, which was to be used as a straw, to sip the resultant liquor, after allowing it to stew for a few minutes.

This was heavenly. This had Irish coffee beat hands down. The hot aromatic liquid goes down your throat, warming you up, and leaving a pleasant afterglow. As the brew gets over, more hot water is added, and a single bamboo jug lasts you a long time, after which the millet is replaced.

The atmosphere is heady. Sitting on Yak skins in a dimly lit hut on the high Himalayas, snow outside, flickering firelight, drinking Chang from Bamboo jugs through bamboo straws, with people in exotic costumes talking in strange languages. 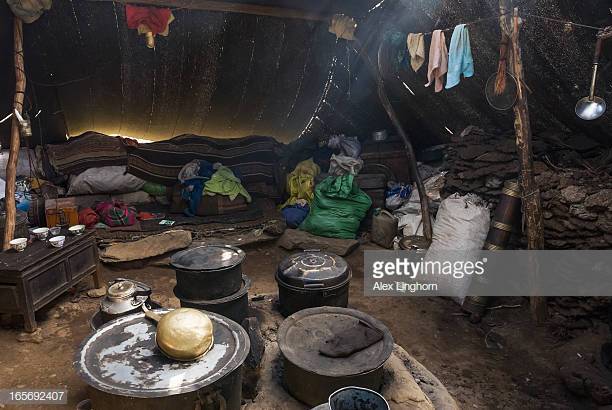 In the meanwhile hours had passed in companionable drinking while my family waited impatiently in our cottage. Ultimately our kind hosts brought them into our den, to a warm welcome from the local populace. LOH enjoyed the ambience but not the food and drink on offer. Finally we returned after many warm farewells and a last sip for the road, escorted back by half the revelers.

But the last word came from my disgruntled daughter who was eight, and very upset about being hauled out in the cold.

She asked her mother” I have known Papa for just eight years and I already can’t stand him,

How did you tolerate him for so long?”

She still doesn’t have an answer